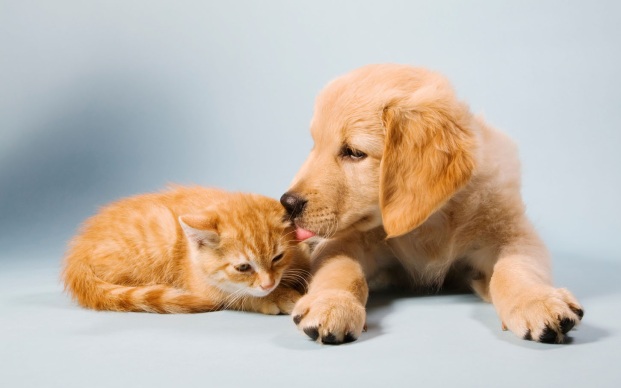 The practice of veterinary medicine comes with its share of mountain top and valley experiences.  Sometimes that swing can occur within a matter of hours.  Such was the case today.  I have often said that this profession always has a way of keeping you humble.  The roller coaster of ups and downs can often be emotionally overwhelming.  Just when you are feeling pretty great about solving a tough case or successfully tackling a challenging surgery, another patient comes along to prove you have much yet to learn.

One of the most agonizing parts of my job is to have to tell an owner that despite our many efforts, we still don’t have a definite diagnosis.  I spent my last hour of work today talking and crying with an owner and her cat that I have gotten to know over the last couple of months.  We had made a valiant effort to treat what was thought to be an infected wound, and now we were discussing the tough decision to euthanize this kitty due to significant deterioration of the condition.  In this particular case we had performed biopsies, cultures, x-rays and many other laboratory tests.  My frustration and disappointment grew each time I had to report to this owner that the results were inconclusive.  Though we didn’t have an official diagnosis, cancer was suspected through a process of elimination.  Over the last two months I had seen this kitty and talked with her “mom” every week.  I had grown attached to them both, and from the depths of my soul, I wished I could give her a better prognosis.  My heart ached for the owner who had made such a sacrifice of emotion, time, and finances for her beloved pet.

This unfortunate ending to the day came on the heels of a much happier visit with a handsome young cat that came in for a follow-up visit after extensive dental work a month ago.  Max was a young cat who was rescued from the local shelter by his owner a few months prior to my first encounter with him.  On initial exam, he had a mouth full of painful ulcerations located every place a tooth came into contact with the soft tissues of his mouth.  He cried when he ate and couldn’t groom himself properly.  Max had a condition known as lymphoplasmacytic stomatitis.  You can probably imagine what went through his owner’s mind, when I made the suggestion that we remove his teeth (all of them).  I went on to explain that, although many other treatments have been attempted for this condition, nothing short of removing the source of bacteria (the teeth) had any real chance of long-term relief.  Fortunately for Max, his owner consented to the treatment plan.  After an exhausting marathon of surgical extractions, I prayed that this would change this kitty’s life for the better.

With the feline species, it is often not until a problem is detected and treated, that we truly get a full grasp on how miserable the cat actually was.  Max was no exception to that rule.  It was amazing that only a week following his dental procedure there were already signs that he was feeling better.  He was eating well and was interacting more with his owner.  The real difference could be seen today at his one month follow-up.  In that span of time, Max had gained almost two pounds, had a luster to his coat that we had never seen, and had also become more social and affectionate.  His “mom” described him as a “totally different cat.”

As a veterinarian, it is all too easy to dwell on those patients we aren’t able to help.  It is important to do what we can to learn and grow from the cases that don’t go as planned.  We often have to remind ourselves of the success stories, like Max.  Those are the outcomes for which we strive and the very reason we do what we do.